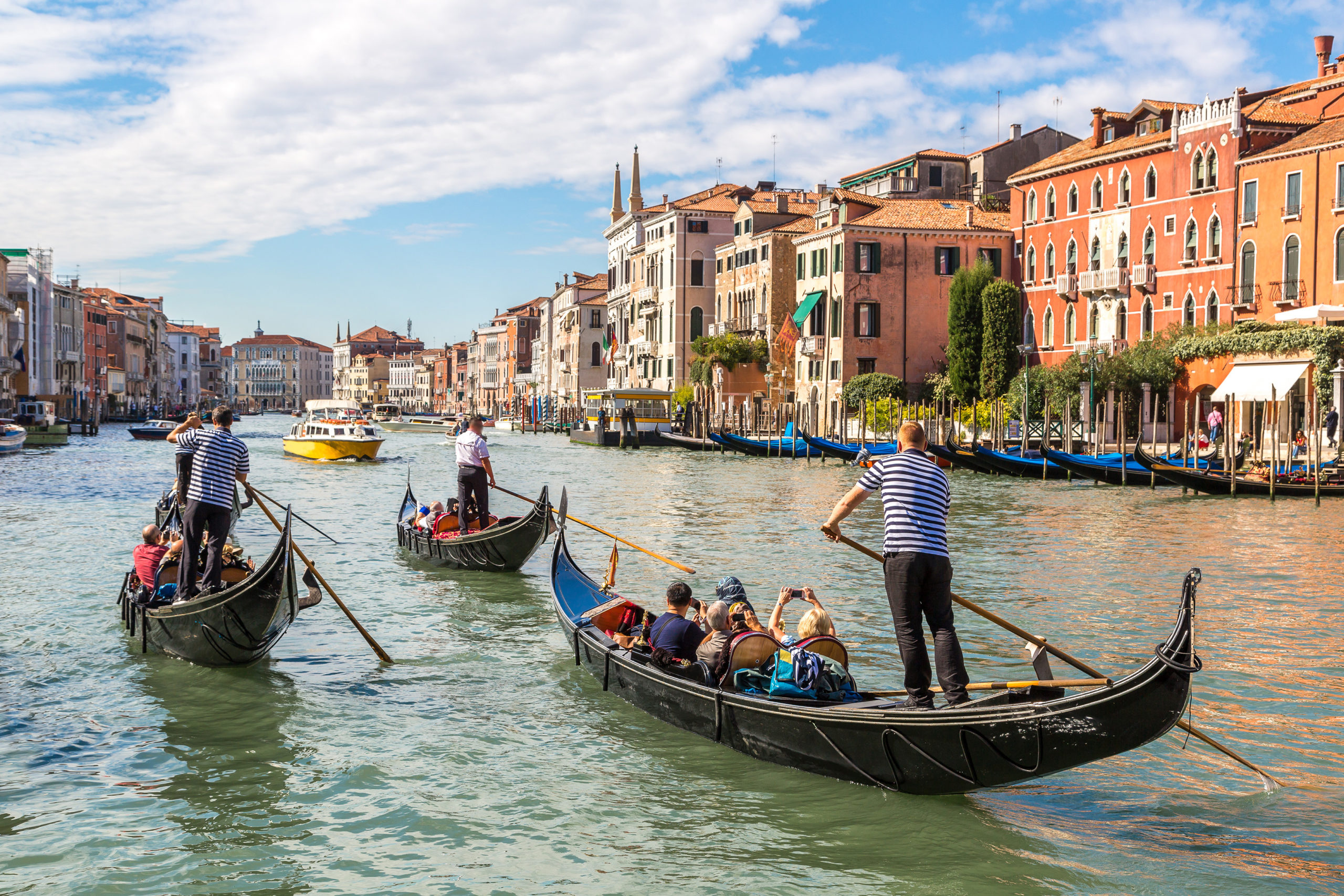 Italy boasts more UNESCO world cultural sites than any other country in the world. One look at the nation’s history, and it is easy to see why. Everything from the Roman empire to the Renaissance left us with plenty of famous Italian landmarks to enjoy.

Impressive monuments are in every nook and cranny of the country. From the bustling urban centers of Rome, Venice, and Naples to the coast’s old-world charm, Italy has something for everyone.

If you’re eager to call Italy home, reach out to the experts at Get Italian Citizenship. Our team helps you claim dual Italian citizenship so that you can live among these beautiful landmarks year-round.

Just about anywhere in Italy could be the setting for a postcard. Besides the fantastic historical, architectural, and artistic landmarks, Italy has breathtaking scenery as well. Gorgeous lakes, majestic mountains, and the most romantic coastline in the world are picture-perfect.

One of the most challenging things to do is to pick a place to start your sightseeing. Although there are hundreds of fabulous spots to visit, here are the six that make our list of must-see famous Italian landmarks. 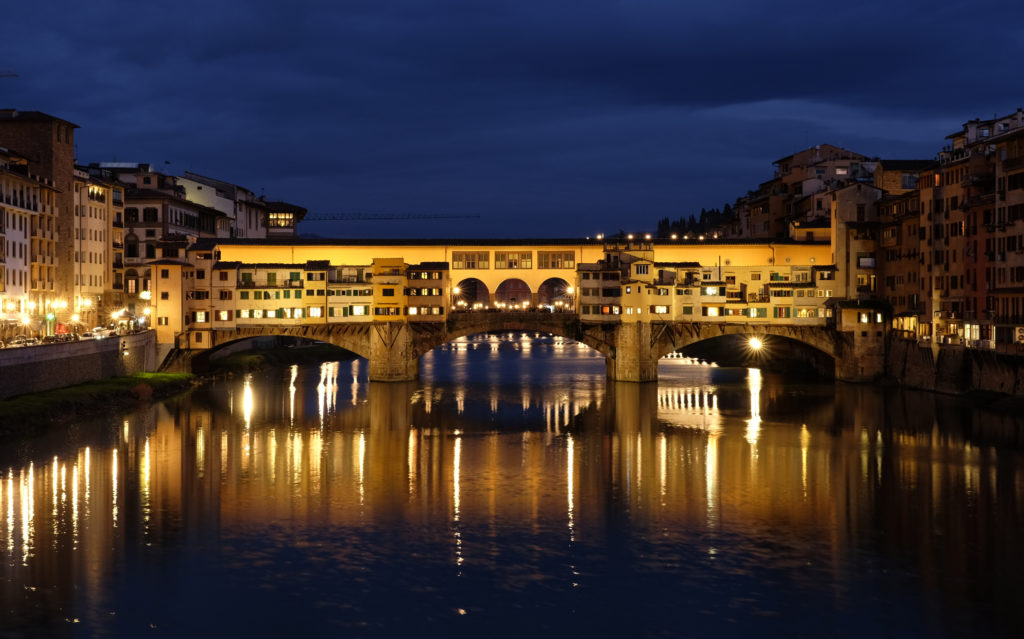 The city of Florence is home to the magnificent and significant Ponte Vecchio bridge. Also known as the Old Bridge, this architectural marvel’s first construction over the Arno river was in 966 CE.

It has had at least one rebuild, but for the most part, it has survived the ravages of war over the centuries. In fact, when the Germans fled the city in WW2, they spared only one bridge, the Ponte Vecchio.

The original purpose of the Old Bridge was to make the city of Florence defensible. Over time, though, the one-of-a-kind structure became a merchant center. The 13th century brought shops and artistic flourishes. Visiting the Ponte Vecchio at night is especially wondrous as the shops atop the bridge create a very romantic sight.

When it comes to famous sites in Italy, the Verona Arena is one of the most elegant. Even at more than 2,000 years old, this impressive Verona site still houses live performances.

The magnificent structure can house up to 30,000 people. That is more than 10,000 more than the average NBA arena. Even after centuries of wear and tear, the Verona Arena is one of the best-preserved structures of its kind in the world.

And it’s not just Shakespeare plays that appear in the arena. Famous entertainers such as Bruce Springsteen, Sting, and Whitney Houston have performed on the hallowed stage. It is a true must-see for any fan of the performing arts. 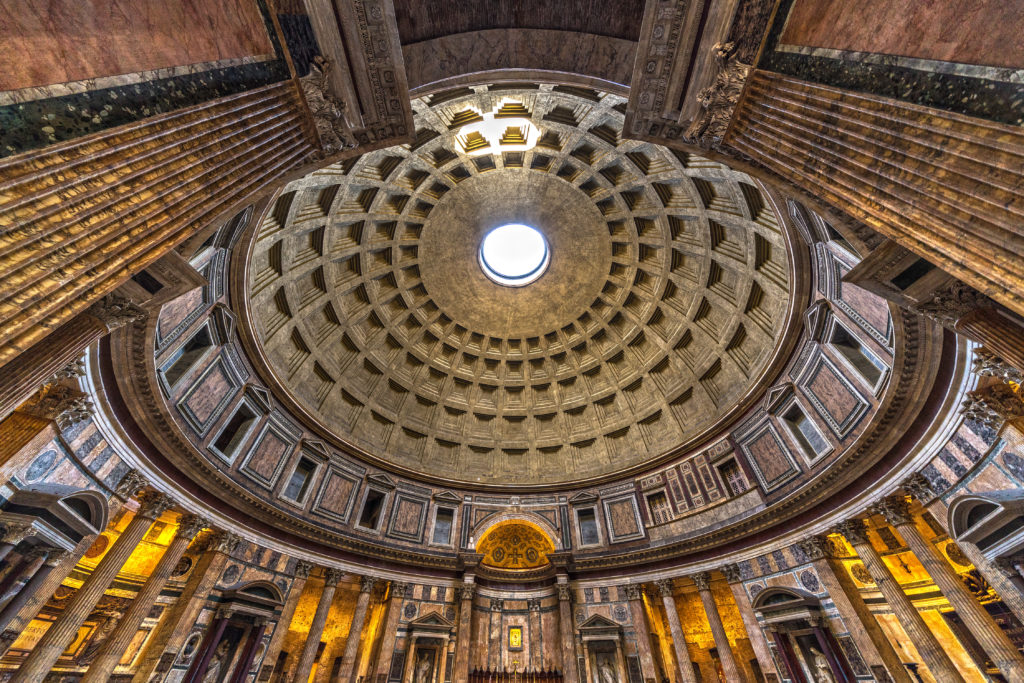 The city of Rome claims some of the most important and breathtaking famous sites in Italy. At the top of that list is the Pantheon, a structure considered by Michaelangelo to be divine in origin.

Constructed under the Roman Emperor Hadrian, the Pantheon is a masterclass in functional architecture. This stunning structure is the pinnacle of Roman craftsmanship and is a famous Italian landmark that you cannot miss.

What makes the Pantheon so recognizable and unforgettable is the gigantic ocular dome that serves as the roof. It is the largest unsupported dome in the world, and right in the middle of the dome is an eight-meter hole. This oculus is an eye to the sky that somehow lets in very little rain.

While the Pantheon’s original purpose is unclear, eventually, it became the burial place of the artist, Raphael, and several Italian monarchs.

Despite its unique structure, the Pantheon does not have the most famous ceiling in Italy. Vatican City holds that honor as home to the Sistine Chapel. This destination is frequently at the top of the must-see lists of famous Italian landmarks.

In 1503, Pope Julius II demanded that Michelangelo rework the Chapel ceiling, and the rest is, literally, history. There are thousands of amazing artistic treasures inside and outside this magnificent building. But nothing wows the crowds like Michaelangelo’s masterpiece fresco painting.

He spent four years painstakingly creating this incredible work of art that endures to this day. Not surprisingly, the Sistine Chapel draws enormous crowds of visitors, so you should try to get there early to beat the crowds. But the wait is worth the view.

5. The Canals of Venice

It is almost impossible to visit Italy and not take a gondola ride through the Venice canals. Long considered one of the most romantic places in the world, the canals have been charming the world’s lovers for centuries.

Venice’s unique topography is a series of islands which make the canals a necessity. The famous Grand Canal divides the city in half and houses most of Venice’s transportation. Since cars are not allowed in much of the city, the canals are as utilitarian as they are beautiful.

Although preservation is the key to so many famous sites in Italy, one of the most well-known is renowned because of its destruction. Sitting at the foot of Mt. Vesuvius, the ancient city of Pompeii was once the playground of the Roman elite.

Now it is a frozen-in-time snapshot of life in ancient Italy. Thanks to the cataclysmic eruption of the nearby volcano in 79 CE, the accouterments of Roman high society have been frozen in time.

View the astoundingly well-preserved ruins of homes, public baths, temples, markets, and libraries. There is nothing quite like walking in the footsteps of the ancient Romans.

If you aren’t yet able to make it to Italy to see Pompeii in person, consider checking out the traveling exhibit if it comes to your town.

Ready to Be a Citizen, Not a Tourist?

If you’d like to settle into Italy as a passport-holding citizen, we’re here to help. The Get Italian Citizenship team has the expertise to help you complete this process as quickly and smoothly as possible.

Whether you need to pursue Italian dual citizenship through the courts or the consulate, we can help. Our team has the experience and know-how to make your journey seamless and enjoyable so that you will be on your way to enjoying life as an Italian.