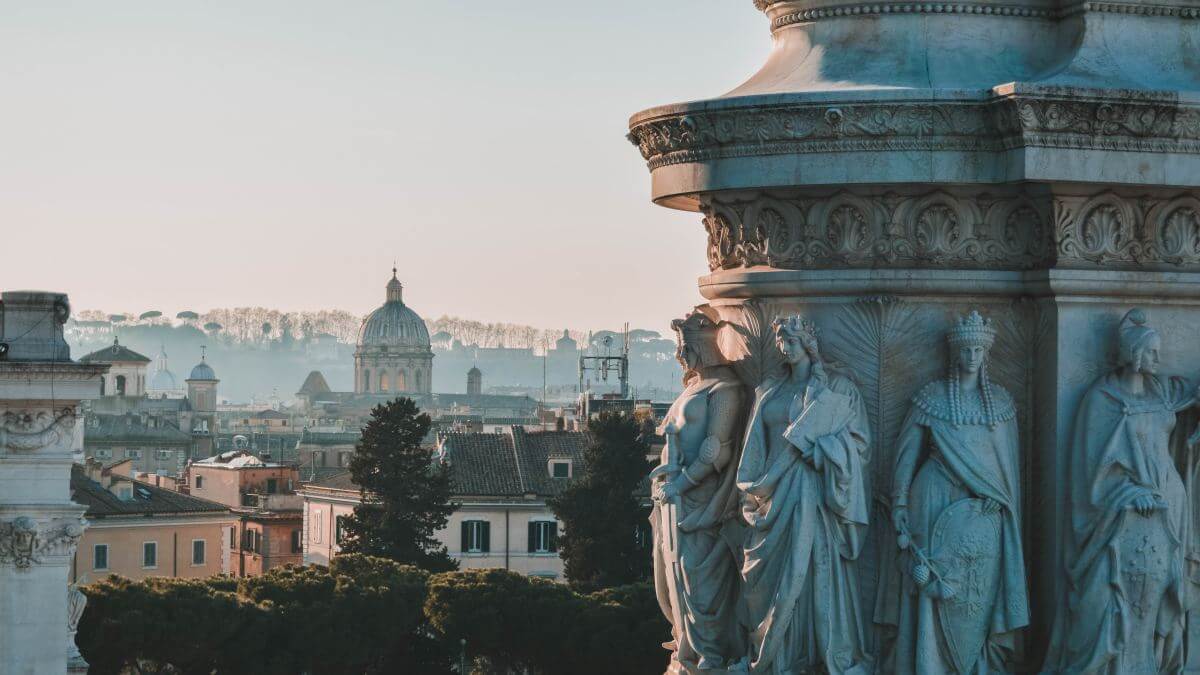 Guys, I had to do it. I’ve been writing on this blog about Italian citizenship for quite some time. But what about the actual act of living in Italy? Or even the pros and cons of living in Italy, for starters? Surely many of my readers (and clients) would like to one day leave the U.S. and pack up for Il Bel Paese, the beautiful country.

If you’ve vacationed in Italy you’ve seen the country at its best: extensive public transportation, food that’s to die for, the most UNESCO sites in the world, fashionable people and–hello?–did I mention the food!? But dig a little deeper and you’ll see that actually living in Italy is nothing like visiting as a tourist. Italy is a modern country facing modern issues and if you want to move here, you should probably be aware of that.

I can’t really say which country is better. They are too different to make a fair comparison and, honestly, both countries could learn a lot from each other. I have days in Italy where I throw my hands up and say, “Why can’t they do things like in New York?” and other days when I’m in New York and I wish for some Italian things. If I had to make up my own country it would have Swiss banks, German cars, Malaysian and Korean chefs, Italian architects, Scandinavian environmentalists, American entrepreneurs, Caribbean beaches, South American rainforests, Dutch bike lanes, and the tourists would always be Canadian… hah.

So without further ado, here’s my very personal (and very subjective!) list of the pros and cons of living in Italy as someone who’s been here on and off since 2008.

Let’s start with the big one. Italian food is famous throughout the world for its freshness and simplicity. You rarely ever feel guilty after eating a huge meal here because Italian food is healthy and because it’s just so damn good that it’s worth it even if your pant buttons feel tight.

Italians believe their food is the best in the wrold and won’t accept any arguments to the contrary. And while I agree that Italian food is absolutely divine, I have to say that it’s not my favorite cuisine. Not even by a mile! My favorite cuisine is Malaysian, but that’s a whole different blog post.

Without a doubt, Italians have some of the finest ingredients in the world with which to cook their food. You haven’t really tried a tomato or a blood orange until you’ve eaten one here. That said, Italy is lacking in variety. You just won’t find excellent Indian, Chinese, or Peruvian food in Italy, for example. Italians like their cuisine so much that they tend to be skeptical of others. And when “ethnic” restaurants do pop up, they overwhelmingly cater to the Italian palate to the detriment of their own. For example, it’s not uncommon to find spicy tuna on a sushi restaurant menu in Italy… only the tuna is cooked!

Another interesting note about variety is that regional cooking tends to stay in its own region. Italy is comprised of 20 very different regions, all unified into the country we now call Italy just 150 years ago. Each cuisine is different from the next, but they tend to stay in their “home court.” So if you’re in Turin you’ll most likely find Piedmontese food, Neapolitan in Naples, etc. While Italy’s cuisine is regionally diverse, it’s also kind of segregated. And that makes me sad!

What Italy lacks in variety it certainly makes up for in qualify. But while it’s difficult to find quality ingredients in the U.S., it’s not impossible. If you want to eat like an Italian in the United States, you absolutely can. But if you want a little more variety in Italy, it’s exceedingly difficult.

Point awarded to: Don’t hate me for this but… it’s a tie.

When people talk about living in Italy, this is one of the pros and cons always mentioned. There’s even a saying regarding pace of life in Italy: la dolce vita (the sweet life) or dolce far niente (the beauty of doing nothing). Like in most of Southern Europe, the pace of life in Italy is on the slower side.

As a New Yorker, I was always rushing. Catch this bus, get this job before someone else, sign on this apartment before it’s gone. It’s exhausting! And while it’s nice to get things done quickly, it really does affect our lives in ways we don’t realize (like for example how fast we eat). In Italy, a 2 or 3 hour dinner is perfectly acceptable. The food is prepared with care and the waiter isn’t trying to make you leave so he can turn over tables for tips (tipping isn’t a thing in Italy, but we’ll get to that on another post). In America, the waiter would bring you the check while you’re halfway through dessert!

While I do appreciate a slower pace, there is one aspect of life where I don’t: bureaucracy. Out of the pros and cons of living in Italy, this one is definitely a con.

You guys, bureaucracy in Italy is awful. I can’t even put into words in English or Italian just how soul-sucking dealing with Italian bureaucracy is. Going into a government office, no matter how small your task, will absolutely raise your blood pressure. You will leave questioning everything you have ever known in your life and all the choices you’ve taken to bring you this far. And it’s not even just the government. It’s everything.

Things that would be so simple in the U.S. like opening a bank account, getting internet service, or even returning an item to a store are sources of stress here. It’s a nightmare. In the U.S. if you want to start your own business, you can go to the chamber of commerce, fill out some forms, pay for some permits, get a bank loan and then it’s time to open! Or, if you’re a freelancer you can literally start doing business under your own name at any moment without any of that stuff.

In Italy, nope. Want to start a business? First go to this office where they tell you you’re in the wrong place. Then, go to the second place where they send you back to the first office. There, you talk to someone who is having a bad day and refuses to help. You come back on another day and this time, they’re in a good mood so they stamp your paperwork, take your money, and send you to another office only to be rejected by a bank. Then there are courses you have to take and maybe–JUST MAYBE–you can open your business within the year. Then once you’re open, the government will take 60% in taxes to pay for all those useless offices.

Point awarded to: The U.S. by a long shot!

Italians walk or bike everywhere, eat healthier food, and take public transportation. On the other hand, Italians smoke. A lot. It’s hard to walk anywhere without smelling smoke. Buuuut, Italy’s healthcare system is ranked second best in the world. It’s affordable, efficient, and probably one of the best things about living in Italy.

I’m not going to really go there on this topic except to say that I never feel unsafe in Italy, ever. There’s a lot of petty crime in Italy but overall Italy is far safer than the US. Even though New York is very safe, I would never walk alone at night. In Italy, I do it without thinking twice.

Without a doubt, Italians are way more fashionable than Americans. In Italy, I would never dream of wearing athleisure to go to the grocery store. In New York, I do it all the time. Italians care about the bella figura, which means making a good impression. However, the bella figura can be stifling. Italy is very much about the status quo–people follow rigid rules for dressing here that just don’t apply in the U.S. In New York if you want to wear the wackiest outfit, you can do it and nobody bats an eye (there is a lot of freedom in personal expression). In Italy, if you pay attention to the trends you’ll notice that people can be slaves to them.

There is one thing that really cracks me up that Italians do, though! Italians dress for the season and not the weather. So if it happens to be a very sunny, mild day in November, you’ll still find Italians all bundled up in huge coats, scarves, and boots.

Point awarded to: Tie. Italians dress better and are way more well-kept, but nothing beats the American ability to wear whatever the heck you want.

I happen to come from an American city with a very extensive public transportation system which runs 24/7, 365 days a week. But New York is one of the exceptions. In Italy, even small to mid-sized cities have an affordable option for public transportation. Many people here take buses, trains, and bicycles and overall Italy is not as dependent on cars as the United States is. I find it so refreshing.

Point awarded to: Italy, for sure.