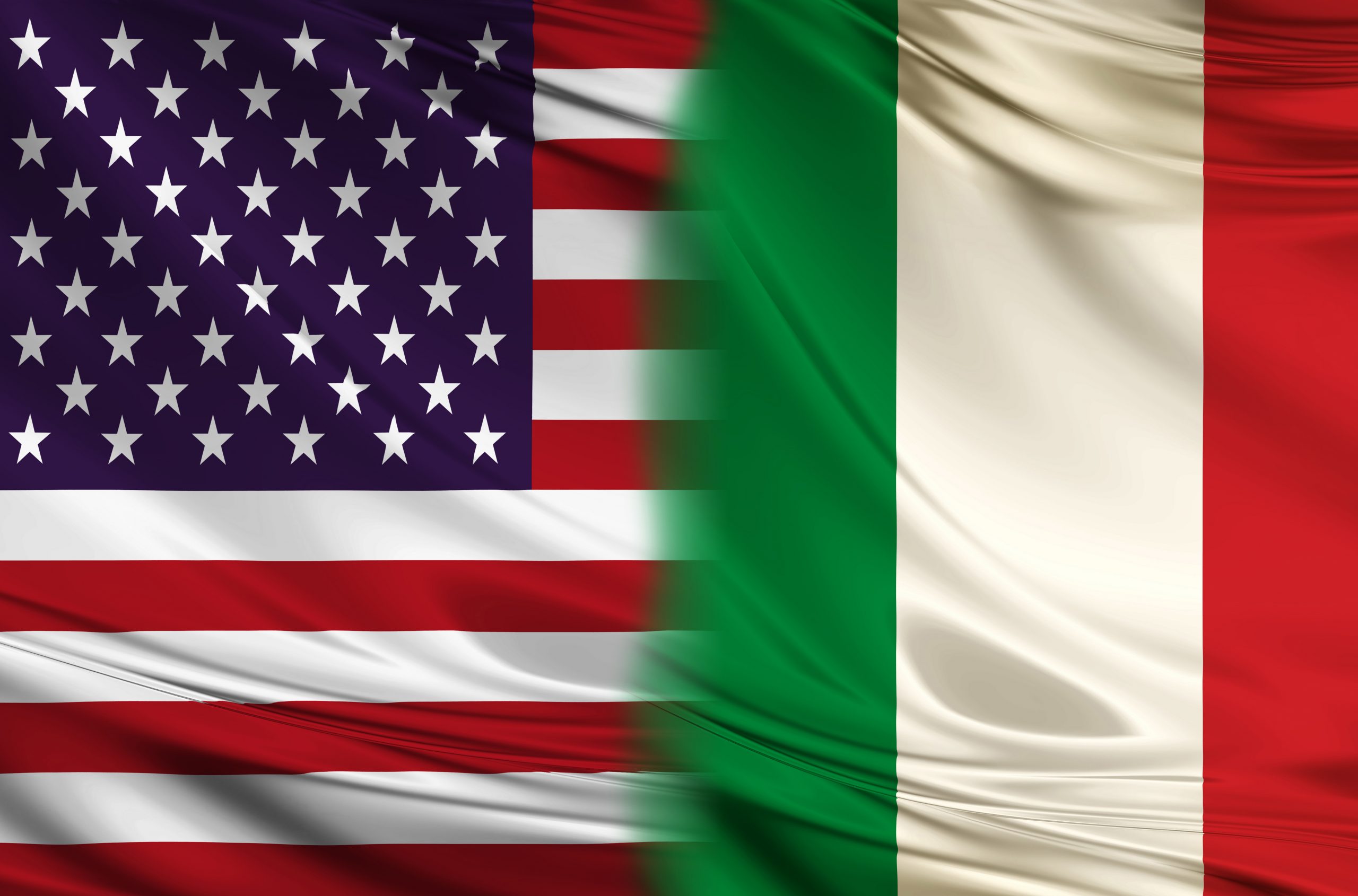 People always ask us if they qualify for Italian dual citizenship. Luckily, if you have at least one Italian-born ancestor, you probably do! Truthfully, Italian law is very generous towards those with “roots in the boot.” There are many paths to putting an Italian passport in your hands.  However, in order to figure out if you’re eligible you do need to know some basic info about your family so be prepared to bring out your family tree.

In most cases you can tell if you qualify for Italian dual citizenship immediately. For others, the path is not as simple. There are many instances where someone can fall under a special category or where further examination is necessary. That’s why we—the experts—have written this brief guide.

In this post, we’ll discuss the most popular paths to qualifying for Italian dual citizenship. We’ll also share 5 rules to figure out if you’re eligible. And as always, if you need extra help, feel free to contact us privately with your questions.

Why are Italy’s citizenship laws so generous? 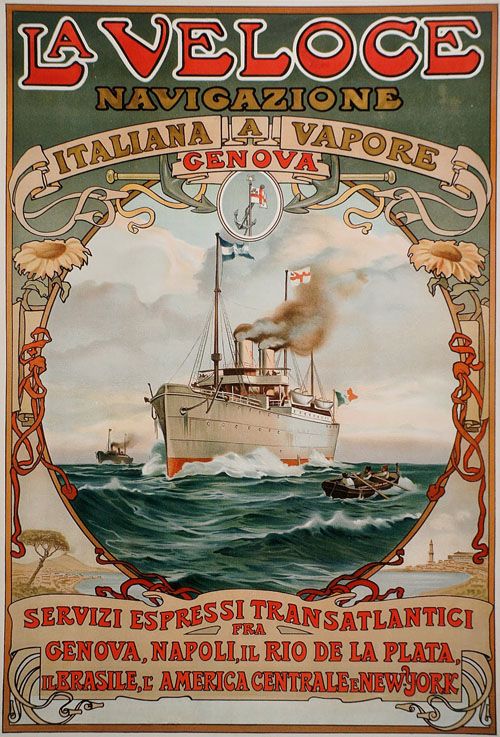 Many years ago Italians left their homeland en masse for other countries in Europe, the Americas, and places beyond. In search of a better life, they established themselves in their new countries and became part of the local communities over time. It is said that by 1920, more than 4 million Italians had emigrated to the United States, representing more than 10% of America’s foreign-born population.

But why did they leave in the first place? For numerous reasons.

By the late 1800s (1861, to be exact) Italy had finally become a unified nation, but the land and people were by no means united. Decades of infighting, social chaos, and violence along with natural disasters and disease left many Italians in abject poverty. Peasants living in the mostly rural, poor south had little means of improving their lives. The newly formed Italian government had little means of helping its citizens, so people looked elsewhere for opportunities. As transatlantic voyages became more affordable—and as word of America being the “land of milk and honey” spread—many Italians heeded the call of “L’America.”

The Northern vs. Southern Divide

Those who stayed in America usually retained close contact with family back home. They also sent remittances: in 1896 an Italian commission on immigration estimated that immigrants sent home between $4,000,000 and $30,000,000 a year, and that the “marked increase in the wealth of certain sections of Italy can be traced directly to the money earned in the United States.”

What this means for Italian citizenship law

While these remittances certainly helped, Italy continued to struggle due to a loss of manpower, revenue, and taxes.

However, there was a solution. Italian law would determine that anyone descended from a qualifying Italian citizen would also be Italian even if born abroad. This allowed people of Italian descent to maintain close legal, political, economic, and social ties with Italy… an opportunity that still exists today for those seeking recognition of Italian citizenship by descent.

Perhaps unique in the world, Italy still allows people of Italian descent to claim citizenship no matter how many generations have passed between them and their last Italian-born ancestor.

What’s more, the rules of eligibility themselves are quite generous. Therefore, if you are wondering whether you qualify for Italian dual citizenship, the answer is most likely “yes.”

If you qualify, you’re already an Italian dual citizen

A lot of people think that if you qualify for Italian dual citizenship, then you’re “applying” for it. This couldn’t be further from the truth.

If you are eligible, you’ve actually been born Italian and have been a citizen your entire life! Think of it this way: your citizenship is lying dormant, just waiting for you to have it legally recognized.

For that reason we’ll refer to it as claiming your Italian citizenship rather than applying for it.

Italian dual citizenship is like a chain: one broken link and you no longer qualify

Did we already mention that Italian citizenship law is generous? Well, it really is. A person can qualify for Italian dual citizenship no matter how long ago your last Italian-born ancestor left Italy. You also don’t need to speak Italian, live in Italy (unless you want to), be 100% Italian (or even 50% or 25 % Italian), have an Italian name, or any other arbitrary benchmarks of Italian-ness.

You simply have to qualify. To do this, the chain of Italian citizenship in your family must be unbroken. Here’s what we mean:

The general principle of Italian citizenship by descent

This is the general, overarching rule of how to qualify for Italian dual citizenship. However, there are specific criteria you must also meet. 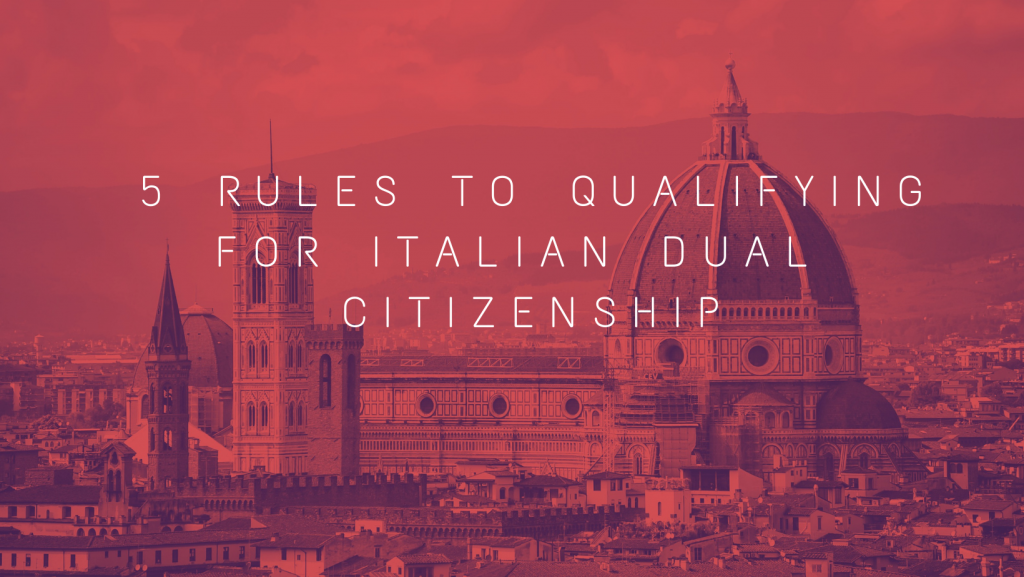 Follow these 5 foolproof steps to see if you qualify.

Throughout Italian history the law has heavily discriminated against women. In fact, before January 1, 1948 (the date of Italy’s modern constitution) women could not pass on citizenship to their children except under very explicit circumstances such as:

Therefore, even if you meet all other criteria but descend from an Italian woman whose child was born before January 1, 1948, people with a basic understanding of Italian dual citizenship (including Italian consular workers) will say you don’t qualify. This is not correct. Since 2009, thousands and thousands of people have successfully claimed their Italian citizenship even with pre-1948 maternal ancestry.

They took it to court. These people are known as “1948 cases” and must hire an Italian attorney to represent them in court. Attorneys have successfully argued that this law is discriminatory and won recognition of Italian citizenship for many. As a rule, 1948 cases have a high degree of success. Therefore, if you are a 1948 case you can still obtain Italian citizenship, you will need to hire an attorney. We can help with this! More info here.

Melissa married Johnny in California on April 10, 1979. Johnny’s dad was born in Italy and was still an Italian citizen at the time of Johnny’s birth. Since Italian law recognizes Johnny as a citizen since birth (Johnny just hasn’t sought formal recognition of that status yet), Melissa, too, became an Italian citizen on April 10, 1979. If Johnny requests formal recognition of his citizenship, Melissa’s own citizenship will fall under the umbrella of Johnny’s and they’ll both become recognized Italians at the same time.

Putting it all together: how to actually seek recognition of citizenship

So, you know you’re eligible, you want Italian citizenship, and you’re ready to seek recognition. Here’s what you need to do.